Thank you for your recent purchase of the BAR•KING Beer Line Cleaning Kit! 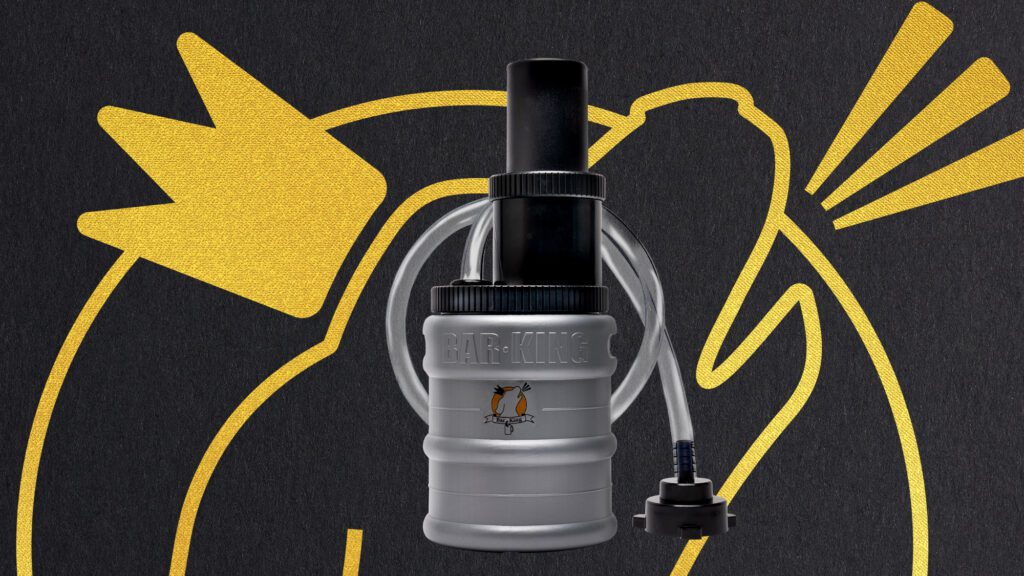 We all know the art of beermaking is so much more than the production of a good. It’s a culture, a passion, a lifestyle.

We’re so inspired by the creative innovation of our customer base, we’ve dedicated this space to you (yes, YOU!) to show off the (fermented) fruits of your beer-inspired labors of love – be it a new bottling design, beer painting, barroom, she-shed, speakeasy –

We want to show YOU off!

Other Uses for Beer

We’ve all come face to face with the classic summertime dilemma: Do I want the second half of my beer to be warm… or watered down? How about neither? Fill your ice cube tray with beer, give it some quality freezer time, and voila – icy cold beer with zero compromises!

Not only is this a good excuse to drink in the shower, it actually works! After your regular shampoo/conditioner routine, crack one open, take a sip or 12, and pour the rest over your hair. Do one last rinse of both your mane and the tub to remove the evidence… er, stickiness, and you’ll be crowned with the most sumptuously smooth hair in town. 10 Genius Beer Hacks You’ll Wish You Knew Sooner (spoonuniversity.com)

While you’re away on a weekend beermaking convention. Empty a beer bottle in the best way possible (cheers!), fill it with a more plant-friendly beverage (may we suggest water?) and place it in the dirt upside down. As the soil starts to dry out it will happily drink the water at its own pace. 10 Genius Beer Hacks You’ll Wish You Knew Sooner (spoonuniversity.com)

Sure, there are other tasty tenderizers out there… but who says you have to do things the traditional (aka boring) way? Besides, why not use what’s already in your fridge? Oh, you’re out of beer? Now that’s a great problem to fix! 10 Genius Beer Hacks You’ll Wish You Knew Sooner (spoonuniversity.com)

Let your imagination run wild! Make some crafty craft beer crafts, organize your drinking accessories or other items, use it to serve multiple drinks at a time, build a tower – bonus points if you send us a picture of a cleverly upcycled beer box for our gallery!

Beer as a palate cleanser.

Have you ever considered sipping a beer to refresh your mouth between bites of strongly flavored food? Next time you dig into that Indian curry or casu marzu, intersperse your bites with a nice light beer to prevent overkill. 10 Genius Beer Hacks You’ll Wish You Knew Sooner (spoonuniversity.com)

Salt to offset the bitterness.

Not saying anyone’s brewing cheap beer, but if you find yours to be a little on the bitter side, try mixing in a tiny pinch of table salt. By the way, this works for coffee too. 10 Genius Beer Hacks You’ll Wish You Knew Sooner (spoonuniversity.com)

Some of us take a bit longer to acquire the taste for beer, and that’s ok! One way to make it more palatable is to treat it like a cocktail and mix in some juice or even lemonade! See if you can pick out flavor notes in your beer that might go well with apple, orange, or other fruit juices. 10 Genius Beer Hacks You’ll Wish You Knew Sooner (spoonuniversity.com)

Soak a paper towel in water and squeeze until it stops dripping. Wrap around your beer can or bottle and freeze both for 10-15 minutes. You’ll have a nice cold drink and as an added bonus you can put your perfectly shaped paper towel to work as a koozie! 10 Genius Beer Hacks You’ll Wish You Knew Sooner (spoonuniversity.com)

Try these pairings for a quick and easy change to your everyday routine:

Soft Pretzels and Cheese – Pilsner (What grows together goes together)

Hoppy ales like IPAs are notoriously finicky when matched with food. The bitterness from the hops paired with their enormous floral and fruit aromas often interfere with and even alter a dish’s flavor. (In extreme instances, the effect is akin to that of Szechuan peppercorns.) The perfect foil? Cool, creamy pimento cheese dip, spread thickly on crackers with just a hint of peppery spice.

Many tend to think of pretzels and pilsner as a perfect pairing, but go against the fold and try a more obscure German-style beer, like Helles. It’s a very simple, lightly perfumed beer with a brilliant straw color and a snappy finish that’s well suited for these yeasty, salt-sprinkled pretzels.

Snack mixes are crunchy, gently spiced, and often just a tad sweet. They require a beer that will neither stand in the way of nor get washed out by the spiced flavors. Maibocks (also called Heller Bocks) is a perfect choice because they’re assertive and malty without being cloying or in-your-face. And most are only moderately alcoholic, which means you can comfortably have one or two before reaching for the next pairing.

Dark Mexican lagers like Dos Equis, Victoria, and Negra Modelo are actually exiled versions of Austrian-style Vienna lagers. They pair well with Mexican foods because they’re refreshing, clean-tasting, and robust enough to match the cuisine’s bold, intense flavors like those in guacamole.

Saisons and farmhouse ales are the versatile workhorses of beer-and-food pairings. They often have a bready quality that’s simple and refreshing, and their high levels of carbonation cleanse the palate with each sip. They’re pretty much a no-brainer for savory, earthy dips like spinach and artichoke, and French onion. Pick a bone-dry one from Belgium or an American analog like this one from California that isn’t overly spiced or heavy on the palate.

Because chicken is essentially a blank canvas, this pairing is all about the sauce. For honey mustard wings, choose a beer that can match the sweetness without accentuating it, like a malt-forward brown ale. For spicy wings, try a cooling, silky beer like a Cream Ale or even a nitrogenated Stout.

Hot dogs are one of the simplest foods for pairing with beer—they taste great with practically anything. It’s hard to go wrong here. That said, a light-bodied, dry, lemony beer like Gose is a perfect palate cleanser for fatty wursts and other salty-encased meats.

Beef calls out for a beer with some structure—choose something hearty and bold like a Baltic Porter. The dark malts are layered and robust, which creates a solid match for juicy burgers with all the toppings. 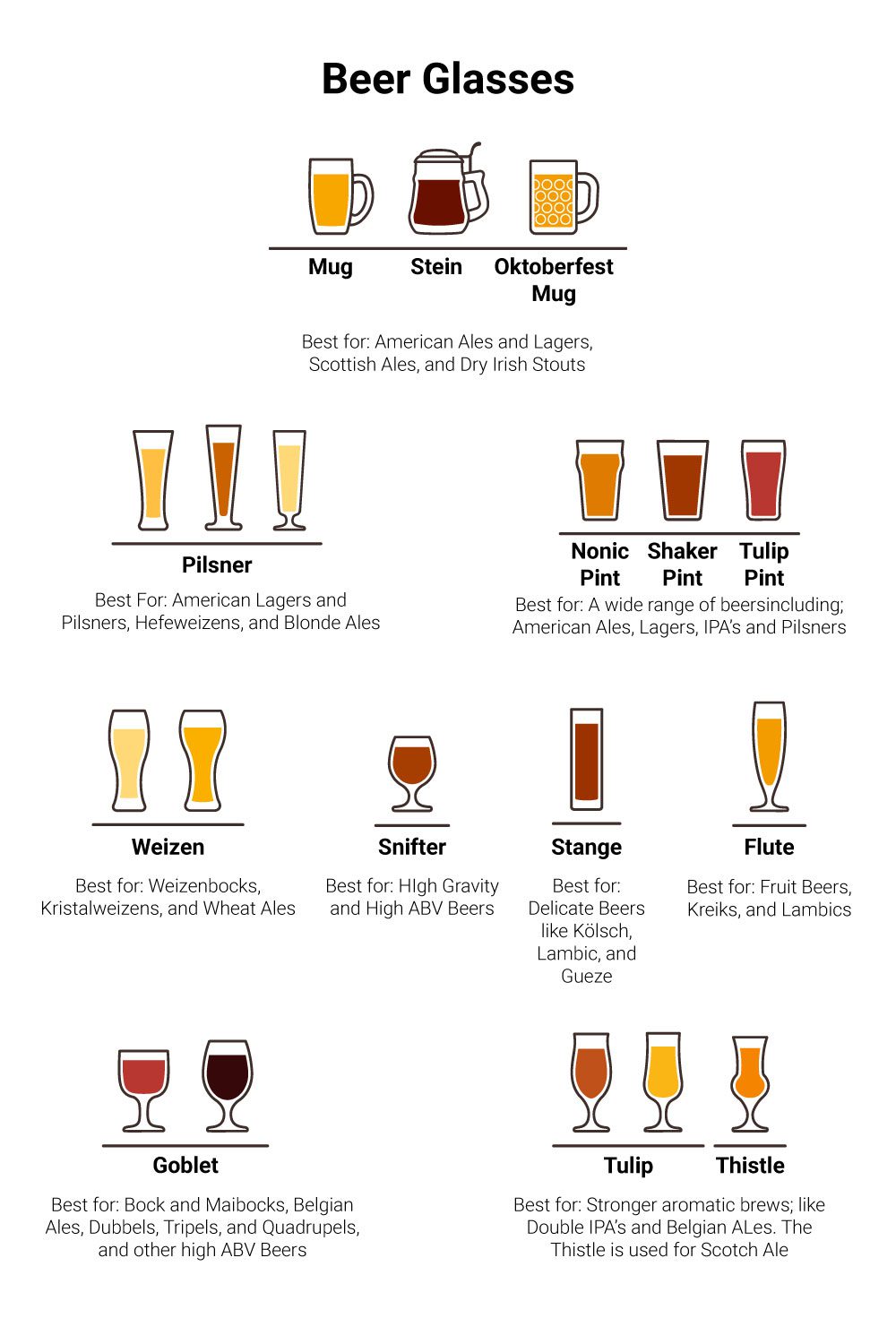 Check this out! An enbeering little map to help you find the nearest and best breweries in your area. Because, you know, priorities.

Show us your cool ideas using our Beer Line Cleaning Kit to be featured in our website!

Submit your projects!We love to see what you are doing!

Show us your cool ideas using our chalk markers to be featured in our website!

Previous Next
Close
Test Caption
Test Description goes like this